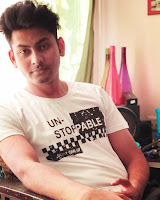 Aadii Sawant popularly known as Dynamo for Dynamo Gaming, the most popular gaming channel in India. He was born and raised in Mumbai, India. As of now, Dynamo Gaming is 23 years old and his channel has over 2.5 million subscribers.

Dynamo Gaming is now the most popular gaming channel in India as he has the most subscribers and sponsors more than any other youtube gamer. He streams PUBG mobile on his YouTube channel almost every day for a few hours. He has played with big pubg mobile streamers like Carryminati, Kronten Gaming, and Mortal too.

His professional life is going pretty smooth. With over 2.6 million subscribers, his channel is growing at a high rate gaining over 25,000 subscribers every single day. Also, he gains around 1.5M to 2.5M views every day. Dynamo has multiple sources of income, not just youtube ad revenue. He earns through AdSense, Superchats, PayTM/ GPay donations, and sponsorships.

According to socialblade, Dynamo Gaming earns $300 to $5000 through ads on his videos and live streams in one single day. According to Captain India, an Indian YouTuber who calculated the earnings of Dynamo Gaming to superchats and donations, it is said that Dynamo Earns around 1730 Rupees in one hour of the live stream.

Dynamo used to play games like Dota2, BF1, BF3, BF4, and GTA V. Though all these games videos aren’t published on his channel. The oldest video on his youtube channel was a montage of the game BattleField3. Later, he started streaming PUBG PC in August 2017. Through PUBG PC live streams, Dynamo didn’t gain many subscribers. But, after that, he started playing PUBG Mobile. In the beginning, he made subscriber games which was the starting point his channel growth. Later, his channel blew up!