Skip to content
CarryMinati (Ajey Nagar) Wiki, Age, Real Name, Biography, Income – Ajey Nagar popularly known as CarryMinati is an Indian YouTuber. He is the owner of the channel ‘CarryMinati‘. He makes rants, commentaries and all types of entertaining videos. Recently, he made a diss track on the biggest YouTuber ‘PewDewPie‘, which has got a great response from the viewers. 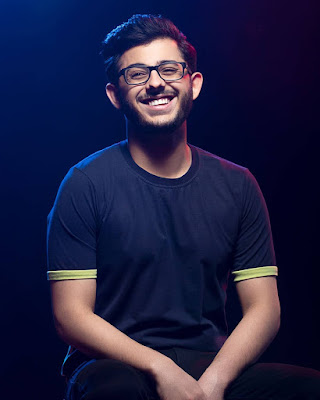 CarryMinati real name is Ajey Nagar. He was born on June 12, 1999, which makes him 21 years old as of now. He lives in Faridabad, Haryana. He completed his schooling in Delhi Public School. He took Arts as his subject in 12th class. He was that type of student who has no interest in studies, he loved playing video games. He used to play football a lot during his schooling days and he said that he started playing football recently.
His first YouTube channel was called ‘STealThFeArzZ‘ in which he kept all types of random videos such as football tricks and tutorials, computer tricks,  etc.. He started this channel in 2010 and his first upload on that channel was a tutorial on ‘How to install Windows 7‘. After the first upload, Carry wanted to upload more videos and his interest for uploading videos has increased a lot. However, the channel was failed as he didn’t get enough views on the channel. Later he quit the channel, the channel still exists and you can check out the channel by clicking here,
On 30 October 2014, Carry started another channel, this time it’s a gaming channel. He named the channel as ‘AddictedA1‘. He used to upload Counter-Strike gameplays and commentaries. He used to commentate in different tones. He uploaded over 100+ Counter-Strike gameplays in the next few months. He didn’t much audience as the game was not famous in India at that time. He gained only a few amounts of subscribers. Later, he changed the channel name to ‘CarryDeol‘, He kept all low-quality videos on private and started uploading roasting videos with gameplay.
He was inspired by the YouTuber ‘LeafyisHere‘, who first started this roasting trend on YouTube. In 2016, he changed the channel name to ‘CarryMinati’ and never changed the name after that. His roasting was getting a good response from the viewers and this led to the growth of his channel. He continued making roasting videos which a lot of people enjoyed watching as they were very entertaining. His roast video on ‘BB Ki Vines‘ had gone viral and that was his viral video. It has got him many new subscribers and it went viral as no one at that time roasted him. Even Bhuvan Bam himself appreciated Carry for making an entertaining video. 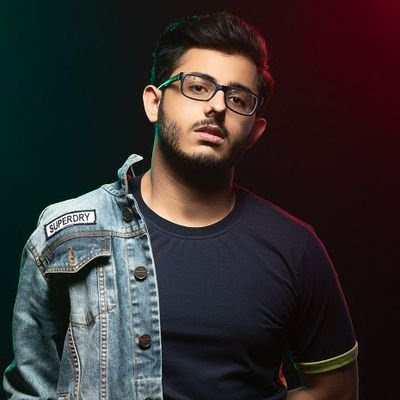 He reached 100,000 subscribers in Aug 2016. His channel got terminated at one time, but later he recovered it. He hit the milestone of 1 million subscribers in May 2017. Later, CarryMinati changed from uploading gameplay roasting to facecam roasting. As of now, he has over 6.4 million subscribers and his channel is growing at a good rate.
CarryMinati started his second channel in 2017 and named it ‘CarryisLive‘. He streams games on this channel. He first started by playing horror games but as of now, he plays PUBG Mobile on an emulator. He does custom rooms in the game, where he can play with his fans. He does live streams very often and uploads highlight video of live stream as well. He even played with the biggest gamer of India, Dynamo Gaming. His channel is now the 2nd biggest gaming channel in India with over 1.9 million subscribers.

An Inspiring story of CarryMinati is uploaded by a channel Rockstar Dude. The video is embed below, watch the video and enjoy.

There was a rumor that CarryMinati and Pardesi Girl were in a relationship long back ago, but Ajey had confirmed that this was just a rumor and he is single. This rumor aroused when Carry uploaded a roast video on Pardesi Girl and she didn’t react in an aggressive manner. This made people think that they’re in a relationship.
Carry’s family consists of his father, mother, and an elder brother. No information is known about his parents. His brother name is Yash, who is a guitarist and an EDM Producer.

CarryMinati makes good money through YouTube. His sources of income are YouTube ads, sponsored posts, and superchats/donations. On average, his channel gets 20+ million views every month and earns anywhere between $5.3k – $84.7k every month. The above income is estimated by Socialblade. The income through superchats and sponsored posts cannot be estimated easily.

That’s the end of this post. Hope you guys got to know everything about CarryMinat aka Ajey Nagar. Please do share the article on Social Media with your friends. Checkout Wikiofcelebs for more wikis and bios of celebrities.