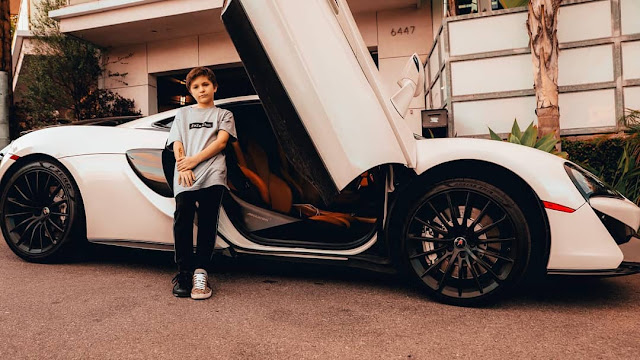 H1ghSky1 is a twitch streamer with more than 237k followers. He streams Fortnite on his twitch channel every day. He joined the popular gaming clan “Faze Clan” on 23 March 2019. He was welcomed by all the members of the clan.
FaZe H1ghSky1 age is 13 years. His date of birth is not yet known. Faze H1ghsky1 name is also not known. He was just a normal kid who streamed fortnite every day on twitch and got good at the game and got a decent amount of followers on twitch as well. He was a fan of faze clan, and he never expected that he would be a part of the clan.
Though is streams every day, he didn’t quit school yet. His is doing online school from the past 6-7 months. He started doing online school after got somewhat big on twitch. His parents supported throughout his career from the beginning itself.
As of now, he plays fortnite. But, before he used to play PUBG. He said that he played Call of Duty a little bit. All the following things were said in the FaZe Adapt’s video. To know more facts about FaZe H1ghSky1, watch the video below:

The first thing a member does is keep ‘FaZe‘ before their name, which represents that they are a part of the clan. He had 107k followers on twitch before joining FaZe and now he has more than 237k followers. He doubled his subscribers on his YouTube channel after joining FaZe.

He got a tattoo of a dragon on his right arm (not sure if it’s a permanent one). Also, FaZe Banks got him to meet Lil Yatchy and his favorite DJ Marshmello.

These are all just a beginning for the little kid, he has a bright future ahead! Have a look at Banks video where he meets his favorite DJ Marshmello for the first time!

Since day 1 of him joining the Faze clan, everyone who got know about his age was doubtful about his age. Most of the people thought it could be higher, but it’s actually not. At the time of him joining the Faze Clan, it was said that his age is 13. But, recently Tfue said that High1sky’s age is lesser than 13. Due to that, H1ghsky1 got his twitch account which has a lot of subscribers.

Twitch didn’t actually announce the reason for his ban but according to Twitch T&C, a streamer must be at least 13 years or above to able to stream on Twitch. It is said that H1ghsky1 is just 12 years old. This means that he cannot take part in upcoming fortnite tournaments as Epic Games minimum age limit to take part in competitions is at least 13 years.

But as of now, no one has responded regarding this situation. We will update if any news is out! 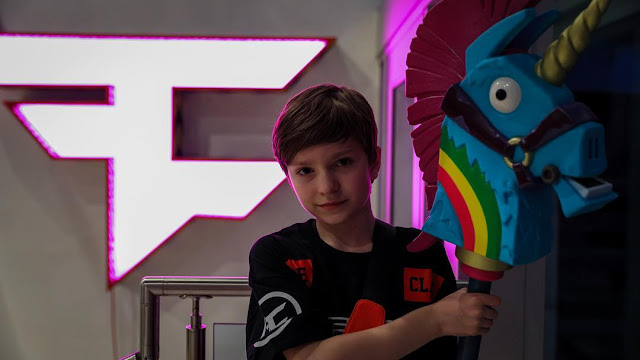 That’s it for the article guys. Share it with your friends on Social Media. Keep visiting our site WikiOfCelebs for more wikis/bios of celebrities.