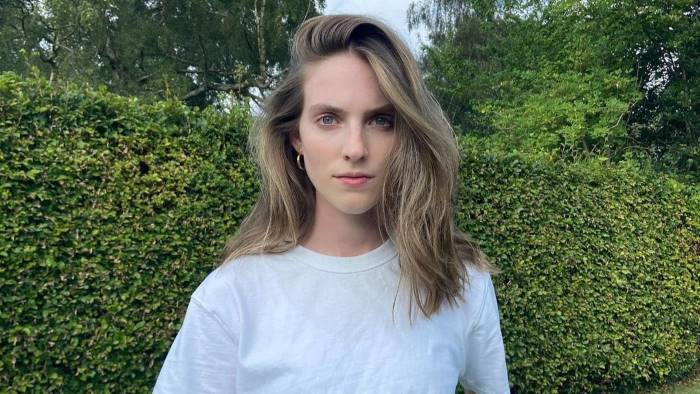 Grackle (real name: Grace Booth, born: 24 July 1997) is a UK-based YouTuber and social media star. She is quite popular for sharing food and travel videos on her YouTube channel. So far, she has earned almost half a million subscribers on the video platform. Continue reading to know more about her age, net worth, husband, wiki, height, bio, weight, body measurements, family, ethnicity, parents, siblings, nationality, religion, facts, and more.

Born to British parents in England, Grackle’s birthday falls on the 24th of July. Her real name is Grace Booth and her zodiac sign is Leo. She completed her schooling at an unknown educational institute in her hometown. Then, Grace pursued a BSc in Baking Technology Management from The National Bakery School.

Grackle’s marital status is engaged. She got engaged in December 2022 and made the news live through her social media handles and a YouTube video. However, she decided to not share even a piece of information about her future husband. As a result, she hasn’t featured her fiance in her YouTube video or on her Instagram post.

Her ethnicity and nationality are both British. Though she has featured her parents in a few of her YouTube videos, she hasn’t revealed her names yet. Coming to the details about her siblings, she has a sister and a brother named Chloe and Jesse respectively.

Prior to starting a social media career, Grackle was a model previously. While she was into modeling, she walked on the runway of many Fashion Weeks. Her first-ever Fashion Week was with JW Anderson. As time went on, she went on to work with other fashion brands such as Old Ogre, YSL, Pringle of Scotland, and many more. Not just that, she also appeared in magazines for Vogue, Dazed & Confused, etc.

Unfortunately, she decided to leave this profession in order to do baking. Though there aren’t many details available about her baking career, she was able to become a finalist in Baking Industry Awards 2019.

Moving on to her social media career, she launched her YouTube channel on 1 April 2011. However, she made her debut in September 2014. She uploads a variety of videos but she mainly uploads food, travel, and vlog-style videos on her channel. Initially, she wasn’t fully consistent with her upload schedule. However, she improved with time which eventually helped her channel grow.

Her channel started to see some growth in the year 2019 when a few of her videos started to go viral. One of her primary viral videos was titled, “Trying the LEAST POPULAR orders at fast food restaurants” which has almost a million views. To this day, her channel continues to grow slowly yet steadily. In fact, she averages a few thousand subscribers each month. Currently, her channel has more than 468k subscribers with 95 million total video views.

Aside from her main channel, she launched a second channel named Extra Grack in September 2019. She strictly uploads vlogs on this channel. So far, she has amassed more than 150k subscribers with 17 million total video views.

Grackle’s net worth is $250,000 (estimated). Her major income sources are YouTube ads & sponsorships. As a social media personality, she uses these both streams to make a living. Primarily, she earns by runnings ads on her YouTube videos. As per our calculations, she is believed to make around $5,000 – $10,000 each month in ad revenue.

On the other hand, she often works with various brands and companies to promote their products in her YouTube videos and her Instagram handle. So far, he has worked with BBC Sounds, Craftiosity, Bisto, and many more. It is believed that her earnings from sponsorships are comparatively higher than ad revenue.

Grackle is a YouTuber and social media star from England.

How old is Grackle?

No, she is engaged and will be getting married very soon.

How tall is Grackle?

How much is Grackle worth?