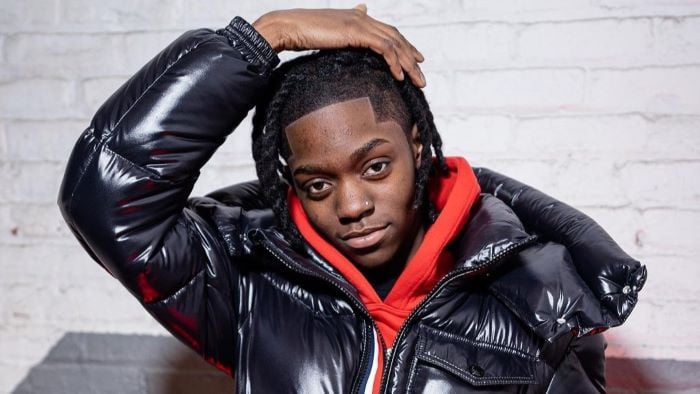 Jenn Carter was born to American parents in New York, USA. Her real name is Jennifer Akpofure. As her birthday falls on the 26th of March, her zodiac sign is Aries. Jenn completed her schooling at an unknown educational institute in her hometown. However, it is believed she didn’t attend university to pursue a career in music.

Jenn Carter’s gender is female. She confirmed this by including the pronouns she/her on her Instagram bio. She was raised in the Brooklyn Boroughs of New York City.

As she is widely becoming popular, her fans are excited to know about her family members. However, it looks like she prefers to keep all the information about her parents and siblings from the public forum. While her nationality is American, she belongs to African ethnic background.

Also, her marital status is unmarried. Her current relationship status also stays single. Looking at her dating history, she could’ve been romantically linked with at least one person in the past few years.

Jenn Carter’s age is 19 as of 2022. Her height is 5 feet 7 inches & her weight is 54 kg approximately. She has black hair and brown eyes. Jenn’s body measurements are unavailable but her shoe size is 9 (US).

Jenn Carter kickstarted her music career a few years back. As per her Spotify profile, her debut single Die Richh was dropped in January 2021. In fact, the music artist Kyle Richh was featured in it as well.

She is good friends with him and they personally know each other for a long time. In fact, she became part of a music group named 41 that consists of other renowned drill artists such as Kyle Richh, TaTa, Dee Billz, etc. That year, she went on to release two more singles namely 41 Reasons and 444 respectively.

The year 2022 was definitely her career-changing year. Initially, she launched two singles named Party and Treeshy. The single Everybody Shot marks her first hit single. In fact, it included the artists’ Mo Kartii and Kyle Richh. She collaborated with rapper Asian Doll for the next single Occassion in April.

Her wordplay in the song Lights Freestyle has impressed tons of people. She definitely unleashed her musical talent in that particular single. Not just that, the single 4Life Freestyle (On The Radar) further showcased her rapping skills. In fact, the artists’ Kyle Richh and TaTa were also featured.

Regardless of releasing many singles, the single Notti Bop remains her most streamed song on Spotify. The song has amassed more than 11 million streams and features TaTa & Richh. Regardless of becoming a successful drill rapper, she is yet to an EP or album.

Jenn Carter’s net worth is $750,000 (estimated). Her major income source is music. As a full-time musician, she earns by releasing her original songs. As her songs attract a huge number of streams or sales, she makes a huge amount of money. Leaving this, she could be having other income sources as well.

Who is Jenn Carter?

Jenn Carter is a rapper, singer, and songwriter from Brooklyn.

How old is Jenn Carter?

What is Jenn Carter’s real name?

How tall is Jenn Carter?

What is Jenn Carter’s gender?