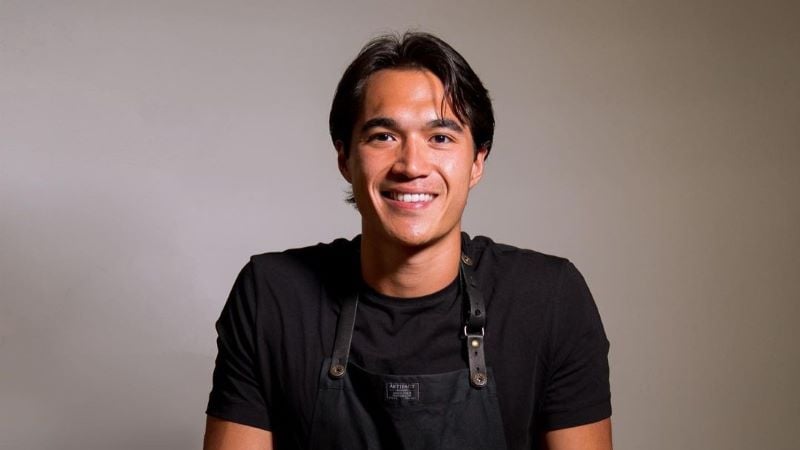 Owen Han was born in an Italian family in Milan, Italy. His date of birth fell on 14 August 1998, making him a Leo by zodiac sign. His nickname is Leo. After graduating high school, he moved to the United States to attend the University of Southern California in 2016. He graduated with a Bachelor’s degree in Economics with a minor in Nutrition and Health Promotion in the year 2020.

Owen Han is an unmarried man whereas his relationship status is single. With his rising fame, his fans are pretty curious to know about his relationships. However, he has neither talked about relationships nor shared any pictures with anyone publicly till now. Hence, we can confirm that he isn’t romantically linked with any person as of now. Looking at his dating history, he could’ve dated at least one person previously.

He is mixed by ethnicity but his nationality is not known. Though his parents’ names are not available, we know that his father is Chinese and his mother is Italian. He has a brother named Octavien Han.

Owen Han’s age is 24 as of 2022. His height is 5 feet 10 inches & his weight is 76 kg approximately. He has brown eyes and light brown hair. Though Owen’s body measurements are unavailable, his shoe size is 10.5 (US). Coming to his physical features, he is a fit and stunning body.

Owen Han began his social media career just a year ago. Prior to this, he worked as an employee in various jobs. As per his Linkedin profile, one of his first jobs was Production Assistant at Casa del Gelato USA. As it was a part-time job, he only worked there for three months.

While he was studying in college, he did an internship at Yale University as a Sports Performance Intern for four months. After graduating, he secured a full-time job at Kaiser Permanente as a Nutrition Ambassador. However, he left the job in order to pursue a social media career in August 2021.

Han launched his owen.han Tiktok account to share food recipe short videos. However, his idea behind starting his Tiktok account was to share videos for fun. As his audience grew, he decided to take his social media career more seriously. Though he shares different types of food recipes, he is mostly known for making mouth-watering sandwich varieties. In fact, he is often referred to as the Sandwich King.

By the end of 2021, he had a few hundred thousand followers on Tiktok. The next year, his popularity skyrocketed as he continued to gain six-figure followers each month. As a matter of fact, he gained more than 600k followers in just April alone. At the time of writing this article, he has more than 3.2 million followers with 61 million total likes.

Also, he launched his YouTube channel and began resharing his Tiktoks recently. In fact, those videos have amassed millions of views while his most popular Short has 13 million views. Right now, the channel has over 66k subscribers with 22 million total video views.

Owen Han has amassed a net worth of $350,000 (estimated). His major source of income is sponsorships. As he mainly shares short videos on Tiktok, Instagram, and YouTube, he is very unlikely to make a serious income through ads. It is a known fact that these platforms pay very low for short videos. It is believed that he makes a few thousand dollars in monthly ad revenue from all these platforms combined.

Coming to sponsorships, he promotes various companies that help him earn thousands of dollars. He has worked with brands such as Capital One, bibigo, and many more. However, the amount of money he makes from this source varies from brand to brand and is usually kept confidential.

Also, he is a part of Amazon’s Influencer Program. On his shop page, he shared the links to his kitchen items. Whenever a person buys any product through his shop page, he’d be earning a commission depending on the product. This serves as a great side income source for Owen.

Who is Owen Han?

Owen Han is a chef, Tiktok star, and social media personality based in Los Angeles.

How old is Owen Han?

How tall is Owen Han?

Does Owen Han have a girlfriend?

What is Owen Han’s net worth?