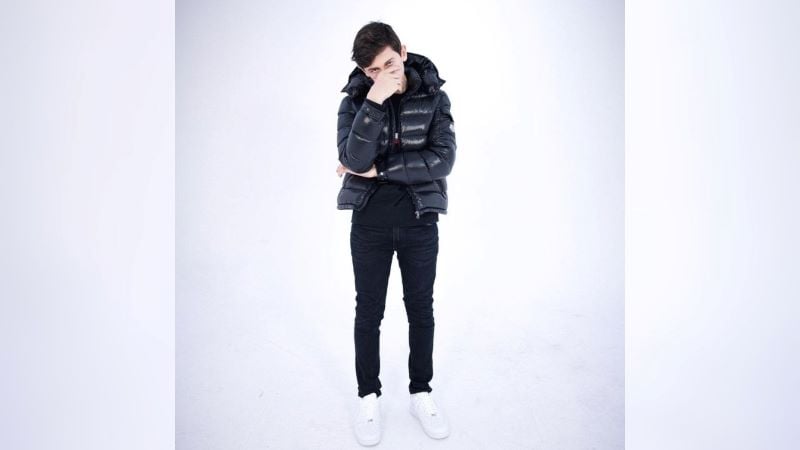 Lil Mabu (born 4 April 2005) is a US-based drill rapper and songwriter. He went viral for releasing famous songs such as No Snitching, Throw, Everyone K, King of the World, and many more. He began making music professionally around four years back and has become a prominent face very quickly. Continue reading to know more about his age, real name, net worth, wiki, height, father, bio, weight, family, ethnicity, parents, siblings, nationality, religion, facts, and more.

Born to American parents in Manhattan, NY, USA, Lil Mabu celebrates his birthday on the 4th of April. His real name is Matthew Peter DeLuca and his zodiac sign is Aries. He is all set to complete high school from Collegiate School this year. However, it looks like Mabu has no plans in attending university due to the rise in his music career.

Lil Mabu’s marital status is unmarried. Also, he isn’t romantically linked with any person in the current scenario. As per these two statements, we can confirm that he neither has a girlfriend nor a wife. In fact, he is considered very young to look for a life partner just yet. Regardless, he could’ve been in a relationship at least once previously.

Matthew comes from a wealthy New York family. While his ethnicity is mixed, his nationality is American. His father’s name is Peter DeLuca while his mother is Jane DeLuca. As per NYPost, his father runs a funeral business named Greenwich Village Funeral Home.

Though there is no information about his siblings, we know that his parents divorced long back.

Lil Mabu began his musical career way back in 2019. At that time, he was just 14 years old. As per his Spotify profile, he released his debut song Man Down in December 2019. Only two months later, he dropped another single named Slide. Throughout 2020, he launched two more songs namely Heartbreaking and Miss Me.

He started 2021 by releasing the single Move It in January. The song quickly earned popularity which initially led him to the limelight. Though he started to become famous, he didn’t sign with any record label. In fact, he still releases all his music without any label, manager, or contract.

For the rest of that year, he dropped a couple more singles namely Demon Time and King of the World. With the release of these songs, he continued to gain popularity rapidly. Before releasing his debut studio album, he launched a single I’m done in February 2022.

Finally, he dropped his debut album Double M’s on 30 June. The album consisted of seven songs including his King of the World. He has featured popular singers Dusty Locane, Sha Ek, Dougie B, etc. The album got quite popular and was even included in US Top Tracks by Tiktok. The song No Snitching from the album is considered his biggest hit as it earned more than 55 million streams on Spotify.

Post releasing the album, he has already two singles namely Wicked Witch and Throw (with DD Osama) respectively. The music video of Throw was an instant hit as it made it to the second spot on YouTube’s Trending page. Right now, it has amassed more than 8 million views in just one month on YouTube.

Lil Mabu’s net worth is $1.25 million (estimated). His major source of income is music. Being a full-time drill rapper, he makes money through streams and sales of his original music. As he isn’t signed with any record label, he would be taking home 100% of his entire earnings. As he becomes more popular in the near future, he could be seen performing on a bigger stage in front of a crowd at musical festivals.

Who is Lil Mabu?

Lil Mabu is a drill rapper and songwriter from Manhattan.

How old is Lil Mabu?

What is Lil Mabu’s real name?

Who is Lil Mabu’s father?

How much is Lil Mabu worth?