Skip to content
Ashish Chanchlani is one of the most popular YouTubers in India. In the article, you can know Ashish Chanchlani – Bio, Age, Wiki, Family, Videos. Now, you will get to know more about him. 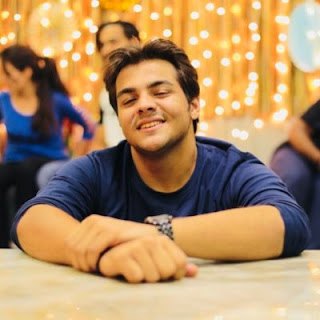 Ashish Chanchlani was born on 7th December 1993 which makes him 26 years old at the moment. He was born in Ulhasnagar, Maharastra, India. Ashish Chanchlani had a great interest in acting since his childhood. He spent most of the childhood watching Bollywood movies in a single screen theatre which was owned by his father only. He has become an internet sensation due to his viral vines. He pursued Civil Engineering at Datta Meghe College of Engineering. Later, he gave up his studies. As he has a lot of interest in acting, he joined Barry John Acting Studio so that he could improve his acting skills.

Ashish Chanchlani started making YouTube videos since 2014. He started his YouTube career by making short videos/ vines. He now has over 11 million subscribers on YouTube and he is the third biggest Indian YouTuber after Bhuvan Bam and Amit Bhadana. His channel is growing at a high rate gaining over 17000 subscribers every day and over 2 million views every single day. He recently made a collaboration video with his idol “Akshay Kumar” and he also collaborated with other celebrities like Shahid Kapoor, Kartik Aryan etc. He recently launched a song called “The Student Anthem” especially for the students where he featured rapper Raftaar. The video song now has over 11 million views. If you haven’t heard the song yet, watch the video below:

His channel now has total views of 959 million views and will soon hit the mark 1 billion views, which is a huge milestone for him. His most popular video on the channel is “Exams Ka Mausam” which has over 38 million views. He has already ‘YouTube’s Special Awards’, The Silver Play Button and The Golden Play Button. But, his diamond play button is still on the way. He uploaded 124 videos on his channel as of now.

Here is a pic of Ashish Chanchlani with his sister ‘Muskan Chanchlani’.

Ashish Chanchlani earns money through YouTube ads, sponsored videos and sponsored posts. Though the money Ashish Chanchlani earns through YouTube can be estimated very easily but his earnings through other sources are not known. He earns 495$ – 7.9K$ from YouTube ads every single day. His monthly earnings are 14.9k$ – 237.8K$. And finally he earns between 178.3K$ to 2.9M$ in one year. The above values are just estimates and not perfectly accurate. The values are estimated by Social Blade.