Skip to content
Emma Chamberlain Age, Bio, Height, Wiki, Net Worth – Emma Chamberlain is a popular American YouTube star. She uploads all kinds of videos including vlogs, how to DIY, lifestyle, travel, etc.. She became popular on YouTube in a very less time period. 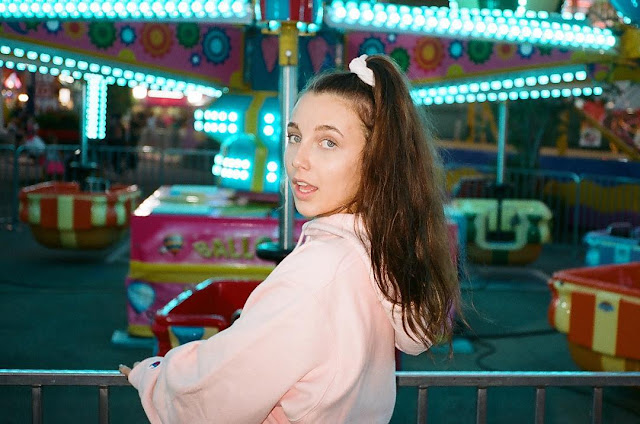 Emma Chamberlain’s full name is Emma Francis Chamberlain and she was born on 22 May 2001 which makes her 19 years old as of now. She started her YouTube channel on 13 June 2016 and didn’t upload any video till 2 June 2017. Since then, she started uploading frequently and her channel grew at a good rate from the beginning. She reached her first 1000 subscribers in just a month, which is not easy and most of the youtubers took so much time to get it.
During the beginning of her channel, she used to upload all kinds of videos but as of now she uploads vlogs more and all her videos are long. She uploads one video every week. The video which went viral was “we all owe the dollar store an apology“, this led her channel to grow faster in the beginning. She even collaborated with her favorite YouTubers Dolan Twins and Tana Mongeau. She also collaborated with James Charles. In fact, her top 3 most popular videos are all collaboration videos.
She was nominated for 2018 Shorty Award for Breakout YouTuber and was a finalist. But unfortunately, the award went to Elle Mills. She is now a part of the group ‘Sister Squad’ along with James Charles and Dolan Twins. Her channel now has over 7.4 million subscribers. She gained this all subscribers in less than 2 years. Also, she over 7.1 million followers on Instagram which is awesome. Her YouTube channel has a total view of 662 million views.

Emma Chamberlain is the only daughter. Her father name is Micheal Chamberlain and he is an artist/painter. She was born and raised in San Carlos, California, USA. Information about her mother is not known. She graduated from the school named ‘Notre Dame High School’. She was always that type of a teen who is active in activities related to sports. Emma took part in most of the athletic events in her high school. She dropped out of school later due to her lack of interest in studying. It is also said that she never wanted to be in an all-female school. She always felt depressed and bored during her school days. After dropping out of school, she decided to take her life seriously and chase her dreams. Eventually, she became one of the biggest youtubers on the platform.
Emma maintains a serious diet plan and also a vegetarian and a vegan. Also, she a fitness freak. She does workout almost every day. She even does ‘Yoga’ at home. She learned karate, taekwondo, gymnastics and ice skating. When it comes to food, Sushi, and Salads her favorites.

She also loves to travel and travels frequently. As she travels, she records it and uploads the video on her channel. She has a dog named ‘Sammy’ which is a Yorkshire Terrier.

There is an on-going rumor that Ethan Dolan and Emma Chamberlain are dating but there is no official announcement from any one of them. So we can conclude that she is single as of now.

Emma makes a huge amount of money through her internet career. Her main sources of income are YouTube ads, sponsorships, and through selling her merch. Her income is estimated at around $1 million. Through YouTube, she gains around 40 million views every month and earns anywhere between $11k – $178k. During the last 365 days, her YouTube income is anywhere between $133k – $2 million. The following values are only estimates and are not 100% accurate. It was estimated by Social Blade.

Emma Chamberlain Height is 5 feet 4 inches. Her hips size is 34 inches and waist size is 24 inches. Her weight is around 55kg. 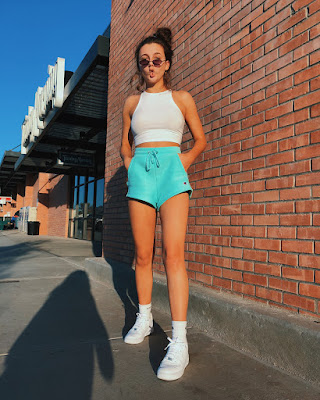 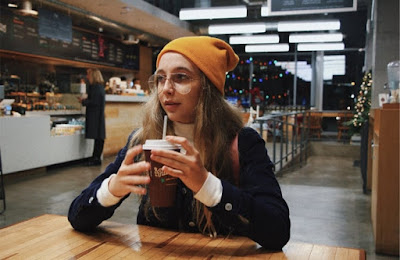