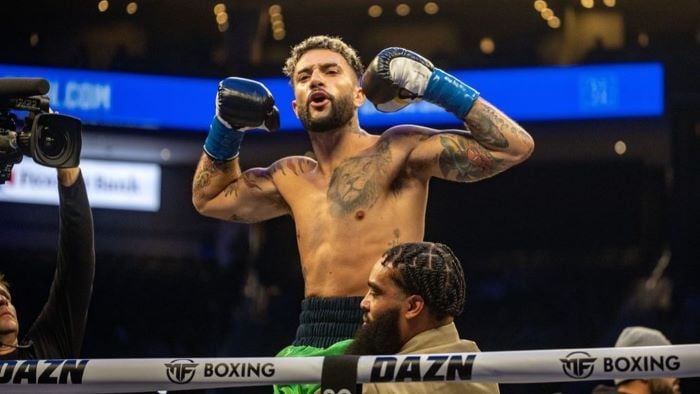 Born in a Brazilian family in Brazil, FaZe Temperrr celebrates his birthday on 25 August 1993. His real name is Thomas Oliveira and his zodiac sign is Virgo. He graduated high school at a local private school in his hometown. However, it is believed that he didn’t join a college as he wanted to pursue a career as a gaming influencer.

FaZe Temperrr’s marital status is engaged. He got engaged to his long-time girlfriend named Emma Smithy. The couple decided to become life partners after being romantically linked for many years. Looking at her profession, she is a fashion model and has more than 106k followers on Instagram.

In the past decade, he has dated at least three women including Sassy Lin in 2013. However, he broke up with his previous partners due to unknown reasons. Most of his past relationships were public.

He belongs to Brazilian ethnic background but holds American nationality. Though he was born in Brazil, he moved to New York many years ago. Though his parents’ names are unavailable, he has featured his mother on his social media accounts. It is believed that he also has a brother whose name is unavailable.

FaZe Temperrr began his career as a YouTuber by creating his YouTube channel on 31 March 2010. FaZe Clan which initially started as a Call of Duty clan wasn’t started by Thomas. In fact, he is one of the earliest members of the leading esports org.

He became a part of the gaming group in August of that year. He began playing the game with the clan and started sharing various gaming videos on his YouTube channel. While making content for his channel, he helped make videos for the organization’s YouTube channel which led to it reaching a million subscribers in around two years.

Though FaZe currently has a few numbers of owners, he is still considered to be the original CEO as he looked after the org with then COO FaZe Banks. As the company started to grow, his focus shifted towards growing FaZe as it currently has esports roasters in CS: Go, Fortnite, PUBG, Valorant, Rocket League, etc.

While he still uploads videos on his YouTube channel, his channel currently has more than 2.04 million subscribers with 76 million total video views.

FaZe Temperrr kickstarted his boxing career only a year ago. He appeared in the main event of Deji vs Alex Wassabi in March 2022. During that event, he faced King Kenny and secured his first victory via unanimous decision after five rounds.

Five months later, he again entered the boxing ring for Misfits & DAZN: X Series 001 which featured KSI vs Swarmz and KSI vs Luis Alcaraz Pineda. This time, he lost against Slim Albaher via KO in the second round.

After an unfortunate setback, he faced Overtflow only after three months. His comeback was stronger as he knocked him out in the first round.

In just one year time period, he was able to evolve into one of the top YouTuber boxers. After Dillon Danis pulled out of the boxing match against KSI that was supposed to take place on 14 January 2023, Temper secured a chance to fight the nightmare himself. Initially, Thomas was included in the card but his opponent wasn’t revealed.

FaZe Temperrr’s net worth is $5 million (estimated). He holds a major stake in the esports org FaZe Clan. As a part of the org, he continues to make a huge sum of money over the past few years. Though his share of the company is not known, he definitely is one of the major holders in FaZe.

Due to this, he doesn’t give much preference to his YouTube channel and only uploads videos as a hobby. Leaving this, he makes major investments in real estate, stocks, cryptocurrency, etc.

Who is FaZe Temperrr?

FaZe Temperrr is a YouTuber, entrepreneur, boxer, and social media star based in Los Angeles.

How old is FaZe Temperrr?

What is FaZe Temperrr’s boxing record?

His current boxing record is 2-1.

How tall is FaZe Temperrr?

Does FaZe Temperrr have a girlfriend?

Yes, her name is Emma Smithy to whom he got engaged recently.

How much is FaZe Temperrr worth?

His estimated net worth is $5 million.