Skip to content
Soul MortaL Wiki, Age, Biography, Girlfriend, PUBG – Naman Mathur, popularly known as SouL MortaL is a popular Indian mobile gamer. He is the owner of the YouTube channel MortaL. On his channel, he uploads gaming highlights and streams PUBG almost every day. 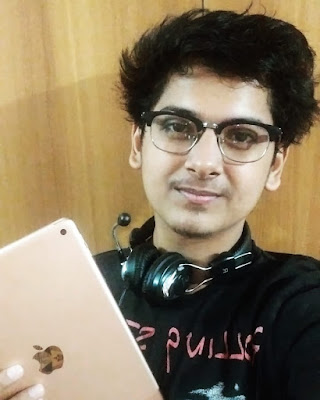 He finished his schooling at Father Agnel School, Vashi. Then, he completed B. Com at SIES, Nerul in Mumbai. Before PUBG Mobile, he used to play on PS1, PS2. He said in a recent interview that Counter-Strike was one of his most favorite games.

He was born in a Hindu family. His father’s name is Late Sandeep Mathur and his mother’s name is Kavita Mathur. He has an elder brother named Abhinav Mathur who is well-known music producer. His relationship status is single.

He started his YouTube career in 2016. He used to upload Mini Militia gameplays on his channel. His first PUBG Mobile gameplay was uploaded on 20 June 2018.

In the beginning, he used to PUBG Mobile tips and tricks video which used to get a decent amount of views. Later, in the month of October 2018, he uploaded a video titled ” Every PUBG player will watch this Ending. ” The video went viral, as of now, it has over 4.8 million views. From that video, he got a good number of subscribers. Then, he had an audience and started to upload more and more gameplay videos. This led to the rise of his channel.

MortaL then utilized the opportunity and started PUBG Mobile live streaming on his channel. He got over 20K live viewers on his first-ever. Leaving this, at some point MortaL was on 3rd on Asia server for some time, achieving this feat takes a lot of effort.

After PMCO Global Finals 2019, MortaL has made a decision of taking a break from the competitive PUBGM scene. He said that after that PMSC 2019, he’ll be taking a break and he also mentioned that he might come back to competitive any time. He took a break as he wanted to be a full-time streamer and enjoyed it very much. But, as MortaL left SouL’s main line-up, there were issues related to the lineup. Scout, joined the lineup but due to few reasons, he left the clan. After Scout left the clan, Owais and Ronak also left the clan and formed another clan with Scout. Due to this, the SouL team became very weak which forced MortaL to come back to competitive. MortaL formed a lineup with VipeR, Regaltos, and Clutchgod. This lineup has got them 2nd position in Pubg Mobile Fall Split 2019.

MortaL makes a decent amount through YouTube. He earns money through YouTube ads, sponsored videos/posts, Donations/Super chats. His earnings through ads can be estimated easily but not sponsored posts/videos. Donations vary with time. MortaL averages 773k views and earn between $193 – $3.1k every day. MortaL gains 23 million views and earn between $5.8k – $92.9k every month. The above values are estimates and not accurate. These are just his earnings through ads, sponsored posts and donations to get his more money. Also, recently the mobile brand OnePlus recently sponsored MortaL which a big achievement. Omlet Arcade is also a sponsor of MortaL.

This is the most asked question about MortaL. It is rumored that Rav3n is MortaL’s girlfriend, but it has not been officially said by MortaL. So it remains a mystery. Most of his fans even joke about this.

Instagram – MortaL
He has over 1.3 million followers on Instagram and mostly uploads insane clips of PUBG Mobile. He rarely uploads his own pics. He does live streams now and then.

That’s a wrap!! I hope you got to know everything about SOUL MortaL. Thanks for making it till the end. Share the article with your friends and do visit WikiofCelebs for more of celebrities wikis.