Skip to content
Vijay Devarakonda is a popular Indian movie actor who usually works in the Telugu film industry. He is also a producer and a media personality. He made his movie debut with the film Nuvvila in 2011. Read more to know Vijay Devarakonda Age, Wiki, Height, Wife, House, Biography, Weight, Income, Remuneration, Wikipedia, Brother, Family.

Vijay Devarakonda was born on 9 May 1989 in Mahabubnagar district, Telangana. Vijay’s age is 32 as of 2021. His full name is Vijay Sai Deverakonda. His father’s name is Gowardhan Rao Deverakonda who is a television director and his mother’s name is Madhavi Deverakonda who is an owner of SpeakEasy. He has a younger brother named Anand Devarakonda, a 25-year old movie actor.
He completed his schooling at Sri Sathya Sai Higher Secondary School in Anantapur. Since it was a boarding school, he spent his childhood away from his parents. After completing his 10th standard, he went to Little Flower Junior College in Hyderabad. Finally, he graduated from Badruka College of Commerce where he pursued a B.com degree.

Vijay Deverakonda’s wife’s name is not yet known as he is unmarried. As he will be turning 32 years this year, it is quite a great age to marry for actors.
Vijay’s relationship status is not known as he didn’t share any information regarding his relationship. There were many rumors that Vijay is dating Rashmika Mandanna, but both said this rumor is not true and said that they are good friends.

In an Interview, Vijay said that he would like to marry a person having the following qualities:
1. Good-looking
2. Beautiful smile
3. Sense of humor
4. Mutual connection

Vijay started his acting career in 2011 with the film Nuvvila directed by Ravi Babu. He played a decent role. Through this film, he didn’t gain much popularity. Next year, he acted in the film Life is Beautiful which was directed by Sekhar Kammula. He played a side role in the movie and didn’t get recognition through the film also.
For the next two years, he didn’t act in any movie. He made a comeback to movies in 2015 with the film Yevade Subramanyam. He played a supporting role for Nani. This movie was a huge success and through this movie, Vijay has got the recognition he deserved. His acting in the movie was praised by many viewers.
In 2016, he played his first-ever lead role in the film Pelli Choopulu directed by Tharun Bhascker. This romantic-comedy film was a big hit for both Vijay as an actor and Tharun as a director. Also, this film has won both the Best Feature Film in Telugu & Filmfare Fare for Best Telugu Film in 2017. His next movie was Dwaraka which was released in 2017. This turned out to be an average movie and got a 5/10 rating on IMDb.
Just after 5 months of this film release, Arjun Reddy was released. The movie was directed by Sandeep Vanga and this is till now the biggest hit for Vijay Deverakonda. Through this film, Vijay has gained an immense fan base not just in Telugu states but all-over India. He has won the Filmfare Award for Best Telugu Actor in 2018. In 2018, Ye Mantram Vesave was released. The film was supposed to be released in 2013 but due to a few reasons, the movie was postponed and finally was released in 2018.
In the same year, he acted in the cinema Mahanati directed by Nag Ashwin. The film was a huge hit and Vijay played the role of Vijay Anthony. Just after three months, Geetha Govindam was released. He was appreciated for his acting in the movie and the movie has got a good response from the audience. He acted in the movie NOTA which was released on 5 October 2018. This was his fourth film in the year and he played the role of a politician. One month later, Taxiwala was released. He acted along with Priyanka Jawalkar and he played the role of a taxi driver.
In 2019, he acted in the movie Dear Comrade which was directed by Bharat Kamma. There was so much hype created for the movie at the time of its release but the movie remained as an average. The movie was released on the same day in four different languages.
In 2020, he is seen in the film World Famous Lover. The movie is released on Valentine’s Day and the movie consists of four female actors.

Vijay Devarakonda’s height is 5 feet 11 inches and weighs around 78 kg approximately. His eye color and hair color is black. 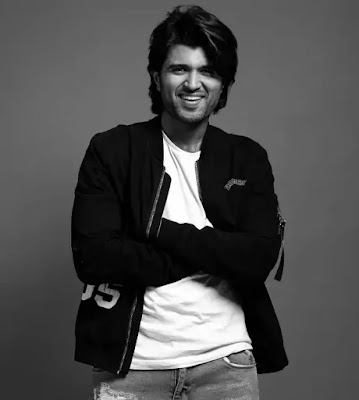 That’s it. This is the latest information about Vijay Devarakonda Height, Age Wiki, Wife, House, Biography. Check out WikiofCelebs.com for more wikis and biographies. Share the article with your friends if you found this helpful.